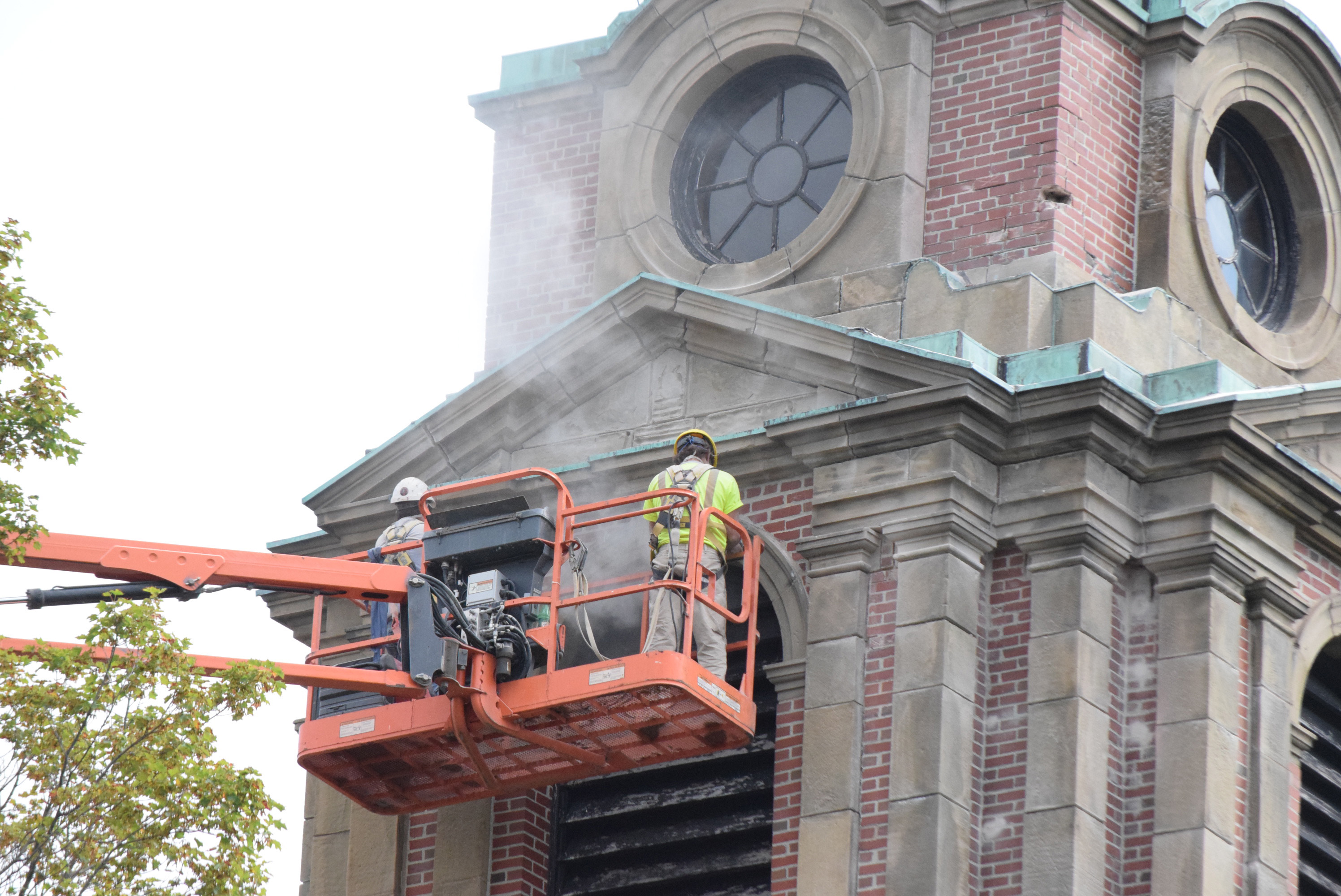 Repairs to the First United Church’s steeple have started and could take up to three weeks to complete. A lot has to be done, including replacing all the mortar between the bricks.

The first phase of First United Church’s restoration project is finally up in the air.

Work has begun on the church’s steeple, and could take three weeks to complete.

“We have to repoint all the bricks – replace the mortar,” said Bob Jordan, the chairman of the property committee at the church, about the work needing to be done. “Then we have to check and possibly replace the copper flashings.”

A boom truck arrived earlier this week and workers, under the direction of Leo Rovers with LNR Construction, took to the skies.

“We’ve also got to remove the urns and repair the base where water is coming in. We’ll also be looking at, and probably be repairing, the copper cladding on the steeple because it’s at the end of its normal life span.”

Jordan said the church was finished in 1916, with work on the steeple, which replaced the tower from the urns up, being done in 1934.

“It’s been leaking water ever since,” he said.

The work on the steeple is one of three areas that need work as part of the church’s restoration project.

Following the steeple, Jordan said work will begin on the roof, which will take them into at least October.

Next year, the congregation plans to replace the windows, which are currently braced.

A lot of space around the church is roped off while work on the steeple is done and Jordan is also filling some cracks in the sidewalk leading to the door church-goers will be using.

The church has launched a $2-million fundraising campaign to pay for the repairs, which are expected to be $1 to $1.3 million. Anything raised and not used will go toward interior redesigns that will make the church more accessible to the public and more sustainable in the future.

By Raissa Tetanish for Truro News